You are here: Home > News > With Freightliner from Belarus to Germany

With Freightliner from Belarus to Germany

In February 2018, following the requests of a German customer, Freightliner DE transported the first coal train from Belarus to Germany. After an arriving on time, the train, which consisted of 40 open wagons, was discharged at Schwedt (Oder) port. These 40 open box wagons wagons had previously been loaded at the Belorussian border station of Svislač, which has normal-gauge railway tracks. Before arriving at Svislač, the transported goods were brought by Russian broad-gauge freight wagons. From Svislač, Freightliner could then organise the transport chain in a reliable way. Comparable bulk transports can also be organised from other Belorussian or Ukrainian border stations to German destinations, as long as they are linked to the normal-gauge track network. 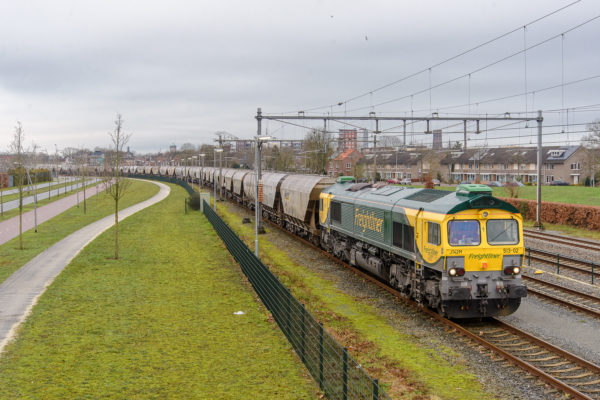 Grain transports all across Europe. After doing a successful job transferring brand new passenger EMU´s for STADLER from Poland to Groningen, Freightliner is excited to announce that the first grain transport reached its destination in the Netherlands. For the dist…